HomeNews Beddown, the organization that puts beds for the homeless in parking lots

Beddown, the organization that puts beds for the homeless in parking lots 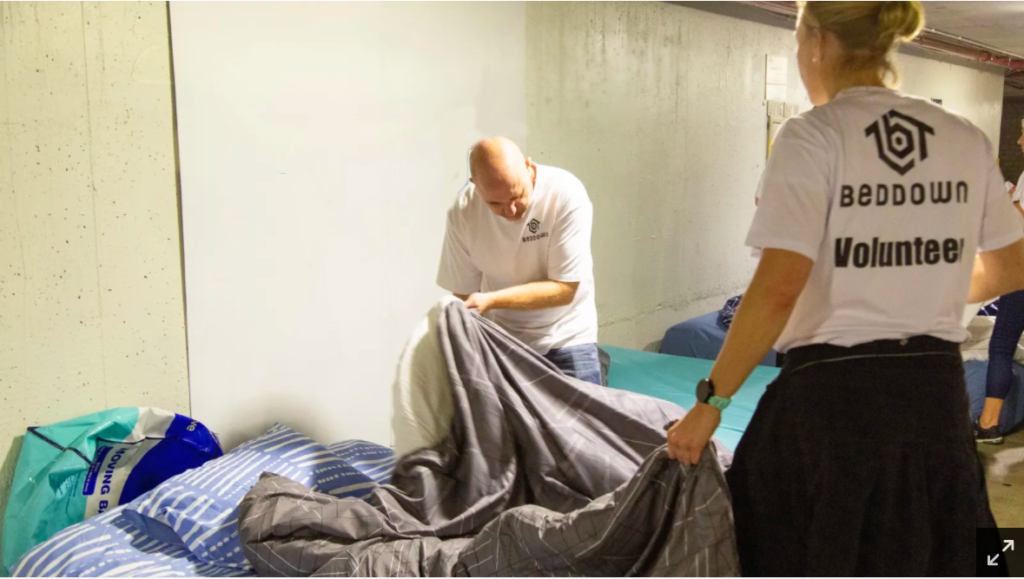 The homeless are the most vulnerable as the cold season approaches. Beddown is an Australian organisation that repurposes spaces that are used during the day but are not used at night to provide overnight accommodation for the country’s homeless. As mentioned by the foundation, they began their project with car parks because they are spacious, secure, and safe spaces that are also accessible and protect the most vulnerable from the cold.

This idea came from Norman McGillivray, who, after learning that over 8,000 poor people in Australia are forced to sleep on the floor, set out to find solutions. When he noticed that a shopping center’s parking lot was vacant, he came up with the concept of using the space and began to form his organization.

They also called for citizen cooperation to continue their work helping and defending citizens without economic means, beginning with Beddown.